St. Peter’s Square in Rome is one of the most suggestive square in the world. It is ellipse shaped. In its center there is an Egyptian obelisk located between two great fountains. Looking at the Basilica at the left side and at the right side of the obelisk there are the two centers of the square. From these centers you can look at the colonnade and see only one row of columns. 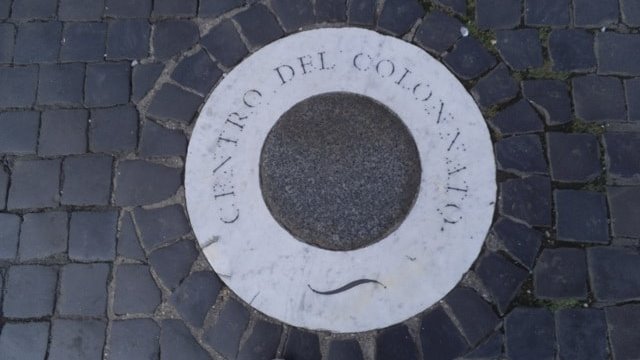 In 1817 a sun-dial was built on the floor of St. Peter’s Square by the astronomer Mons. Luigi Gilii, and the obelisk is its gnomon (the sun-dial  “pointer”). All around there the compass-card. 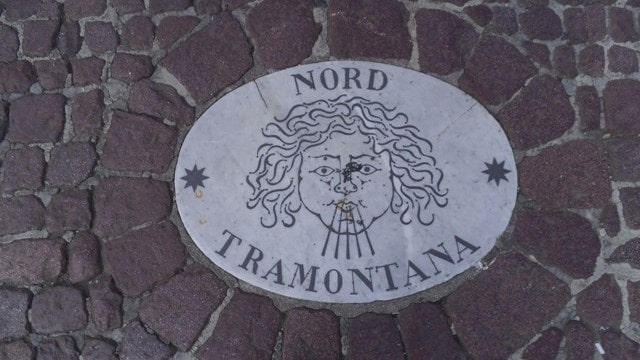 Seven marble disks lie on  a band of red stones put on the paver. The two disks at the extreme points, show the place where at noon the shadow of the cross up to the obelisk falls the 22nd of June and the 22nd of December , the solstice in Cancer and the solstice in Capricorn, respectively. If you want to know the right time pay attention to the shadow of the obelisk: at noon it will be northwards, in the morning towards the Basilica, in the evening toward via della Conciliazione.  The other five disks show when the sun passes on the coupled zodiacal signs: Leo-Gemini, Virgo-Taurus, Libra-Aries, Scorpio-Pisces, Sagittarius-Aquarius. 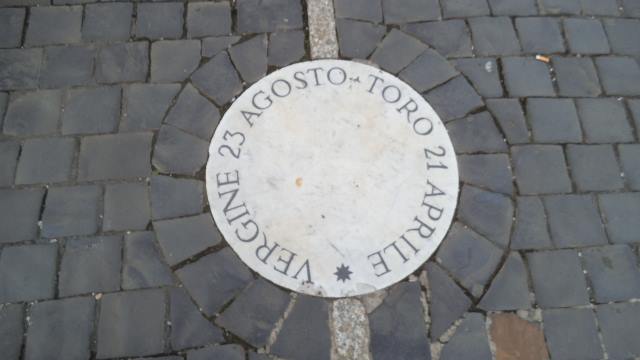 Why is there a sun-dial in St. Peter’s Square? Because it shows to the believers the time for praying and meditating. The astronomer Gilii built other two sun-dials at the two sides of the Basilica but then they were replaced by the two clocks we can see on the front of the Basilica. So if you are late you can say that you read the hours on the sun-dial in St. Peter’s Square. 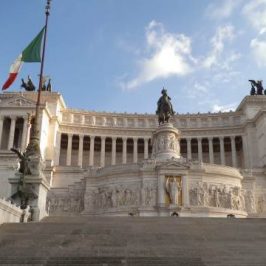 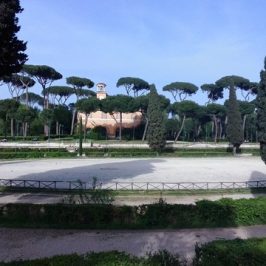 Villa Borghese is one of the biggest park in Rome and it is situated in... 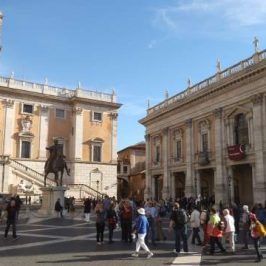 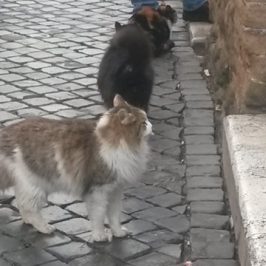 Not everyone knows that here in the centre of Rome, in Largo di Torre Argentina... 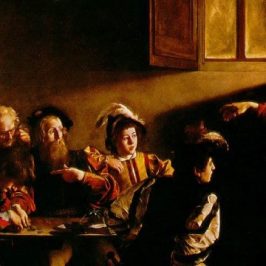 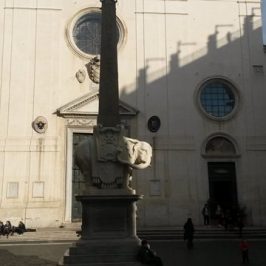 After  having spent  hours and hours  in the museums, you can make a walking...