The Gianicolo hill, also called the “Eighth Hill”, because it's not included in the famous seven hills but it has the same importance, is not only one of the most beautiful terraces in Rome: in fact it houses on its slopes a gun (a 105 mm howitzer) which every day at noon fires in salvoes. So from Piazza Garibaldi, where it is the statue of Giuseppe Garibaldi on horseback, you can attend this custom which goes on for 57 years. 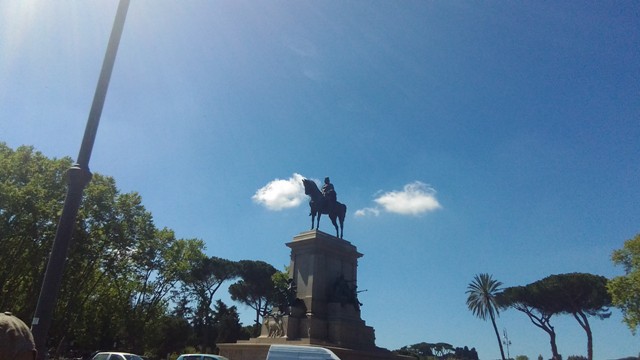 At the beginning the gun fired from Castel Sant’Angelo, then in 1903 from Monte Mario and in 1904 from the Gianicolo hill. For a lot of reasons, not least the war, this tradition was interrupted many times up to 1959. This custom has nothing to do with historical battles or commemorations as you could think. 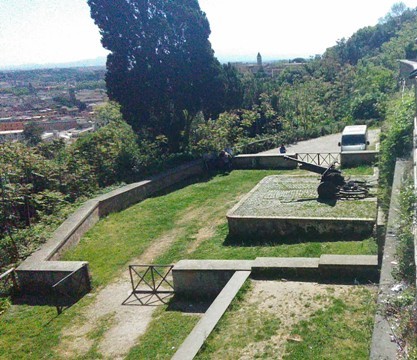 It is only a way to tell the time introduced by Pope Pio IX in 1847 because he wanted that all the bells in Rome rang all together and the shot was the landmark. Some years ago you could hear the shot in the whole city. Right now perhaps because of the vegetation or the considerable noise pollution, it’s quite difficult to hear it. 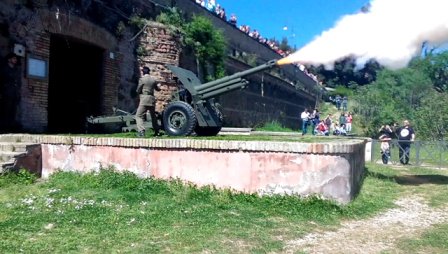 It is funny to see curious children coming to the emplacement already with the palms of their hands on either side of the head covering their ears. Then a facetious tourists’ guide tells the children that many years ago, they made a mistake in loading the gun because they put a real shell: the shell struck the Pantheon’s dome which, from that day on, had a hole… this is Rome.