If you are in Rome on Sunday or on a feast day and it’s 4 p.m. (during the summer) and you are near the Quirinale Palace, stop! There is the changing of the guard in front of the President of the Republic seat, but it’s not the usual ceremony that you can see every hour: it is the solemn one which lasts for about  20 minutes.

The President is not in residence: there isn’t  the Presidential Standard … 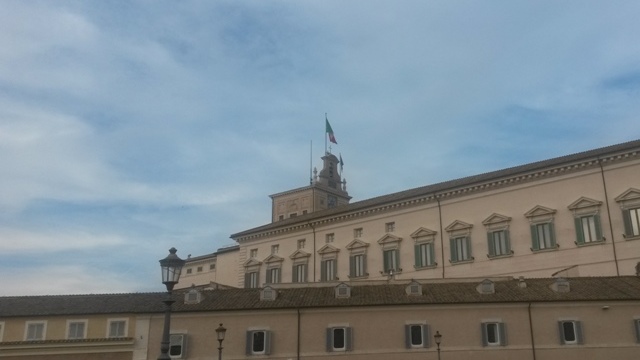 … but behind the barriers in Piazza del Quirinale, from where you can see everything even if you are not in the front, there are families, tourists, curious people, dogs, who are waiting for.  At four o’clock you can hear the roll of the drums of the Air Force Band . The New Guard, accompanied by the Band, arrives to the square from a steep slope and stop in the middle of the square. Meanwhile the Old Guard, coming from  Quirinale Palace, also stop in the middle of the square: the two Guards sing the national anthem and people, too. There is a little bit of emotion … 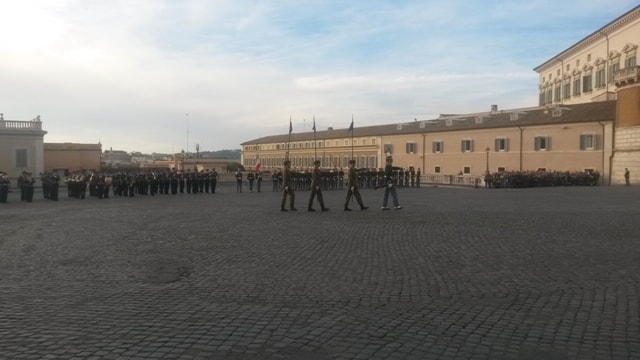 Changing of the Guard in Rome

At the end of the ceremony, the Band makes a little concert which lasts a quarter of an hour. It performs music ranging from traditional pieces to songs from movies and cartoons. 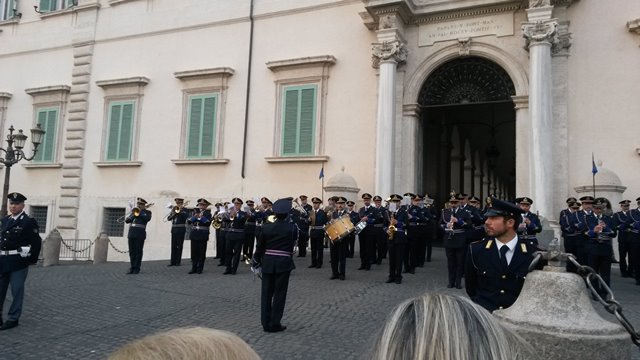 During summer the changing of the guard take places at 6 p.m. In winter at 4 p.m.

What are you surrounded by? Looking at the Quirinale Palace, you have on the right Palazzo delle Consulta, where is situated the Italian Constitutional Court, behind you the Scuderie del Quirinale, where important exhibitions take place, and Monte Cavallo fountain with Castore and Polluce, Zeus’ sons. Between them an Egyptian obelisk . The fountain was added only at the beginning of the nineteenth-century.